You can tell it’s nearly winter as you read down this list. Nine of the 13 beers I’ve selected are dark, many big winter warmers.

I don’t only drink dark beers in winter, of course, and there are some amazing hoppy and sour beers on the list too. But there’s just something about a dark malty beer whilst sat in front of a roaring fire on a cold winters night.

Let’s start with one of the exceptions though. From one of my new favourite places, Salt Horse in Edinburgh.

We’d spent most of the previous night drinking our way through the excellent draft board. So when we returned the next day we hit up the amazing bottle shop next door. You can buy stuff to takeaway or drink in.

I loved the ‘Apricot’ version of this super fruity gose the previous month but this is even better. With a big tropical fruit aroma and similar taste. Flavour is mostly guava actually but there is some passion fruit and a touch of salt. 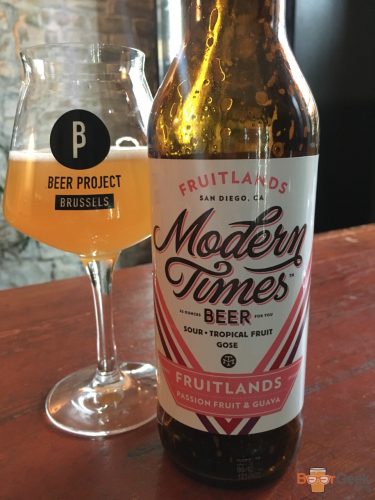 The regular version of Anagram is already many people’s beer of the year.

But guess what? The barrel aged version is even better! I tried them side by side, just to be sure.

This has that same aroma of chocolate, roasted malts and biscuit but with the addition of bourbon and oak.

The taste is just insane. It’s rich and chocolatey with even more blueberry flavour coming through. Then the flavours from the barrel follow, oaky bourbon and a warming boozy finish.

It’s much stronger than the original and thanks to the bourbon you feel it too. So it might not be for everybody but if you like BA beers you need to check it out.

Definitely a beer of the year contender for me.

Every now and again, usually in late autumn/early winter, I have an urge for strong, dark German beers. Dopplebock is my go to style and this is one of the best.

It’s such a complex yet well balanced drink. Strong tasting but not overpowering. Malty but with some fruitiness from hops. Slightly smoky and really quite dry.

There’s so much flavour, sweetness and bitterness you’d be forgiven for thinking it was a much stronger beer. 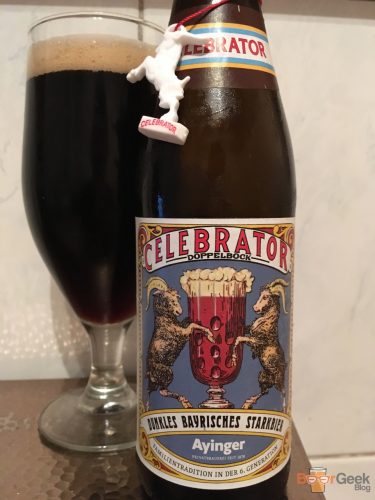 I’ve never had a bad beer from Arizona Wilderness. So when I heard they were hosting a tap takeover at Buxton Tap House it was the perfect excuse to return.

Of the six or seven beers on most were good to great, this was my favourite.

The second in their ‘Dirty Hop Water Series’ is a collaboration with American rock band Jimmy Eat World.

This beer has appeared on the blog twice before. I loved both the 2011 and 2013 versions.

The 2014 version was released at the end of October. I managed to grab three bottles, a couple to age and one for now.

It’s quite different to previous years but just as good.

Thicker and richer than I remember with a more savoury aroma and flavour. Quite big soy sauce like umami vibes going on.

There’s a hint of red wine too, initially, which gives way to the more expected chocolate and roasted coffee flavours.

It’s drier and more bitter than other vintages. Really complex but very good and fully deserving of it’s place as the UK’s best on Ratebeer. 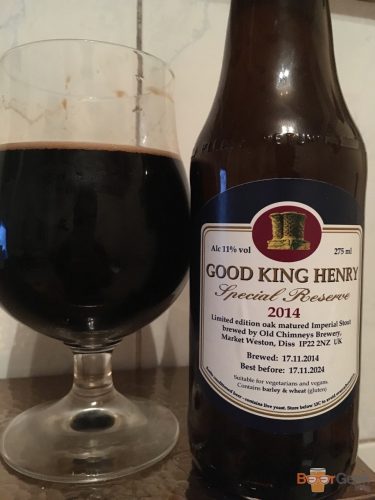 Northern Monk are on a roll at the moment. Particularly with their special series and collaborations.

The ‘Trilogy’ series celebrates each of the main ingredients of beer – hops, malt, yeast, obvs – in their purest forms.

And what better way to show off hops than in a super fresh DIPA? Especially one brewed in collaboration with Epic Brewing from New Zealand. A brewery responsible for a couple of the biggest hop bombs on the planet.

‘HOPS’ is a brilliant DIPA. Clean and crisp, really allowing the Citra, Columbus and Mosaic to shine.

It’s dank and fruity, hoppy and juicy but somehow remains well balanced. Doesn’t taste anything like its 9%.

Is it a BIPA or is it a hoppy stout? I’ve had that argument so many times but it’s usually about a black IPA that’s closer to the dark side.

This is definitely a stout and an unapologetically hoppy one.

The aroma is amazing. Huge citrus and grapefruity hops mixed with roasted coffee. Taste is much the same, coffee and dark chocolate with loads of fruity hops and a bitter finish.

I’ve not had many Pipeworks beers but everything I have has been great. 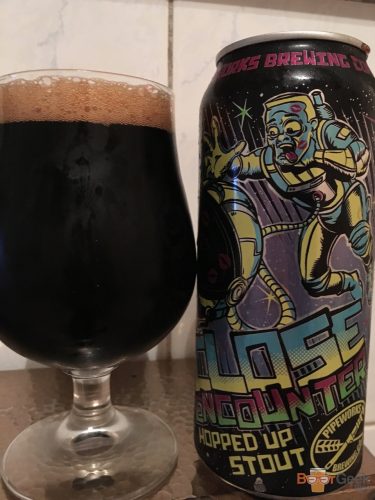 I’d never heard of Parisis before arriving at Edinburgh Craft Beer Festival. To be honest I didn’t really think there was beer of this quality coming out of France.

It’s as good a DIPA as I’ve come across recently. Made with pilsner malts which really works as a base for a lot of hops. Big on the mosaic and simcoe giving a piney, citrusy and quite bitter taste.

Evil Twin know how to make a good imperial stout. This one was brewed to celebrate the breweries 5th anniversary.

It’s very dark and full bodied with a roasty, malty chocolate aroma. Flavour is mostly chocolate with some coffee and liquorice too.  Sweet at first with a bitter, dry cocoa like finish.

I try not to repeat beers too often in these posts, no matter how often I drink them.

But some are just too good to ignore. I had Yellow Belly twice in November, in very different circumstances, admittedly, but both were incredible experiences.

Firstly on the train back from Buxton Tap House, surely the ultimate train beer? And then even more impressively at Timberyard, a top restaurant in Edinburgh.

Not much really needs to be said about the beer itself. Now in its third annual release but just as mind blowing as the previous two years for me.

There have been some fantastic beers in To Øl’s ‘Sur’ series.

The others such as Sur Mosaic/Citra/Amarillo are dry hopped sour pales. I expected Sur Galaxy would be the same.

So you can imagine my surprise when it poured so dark!

It turns out it’s actually a ‘sour black IPA’.

Rich roasted malts, fruity hops, citrus and passion fruit and a cutting sourness. It’s intriguing for sure, unusual even but the more I drank the more I enjoyed it.

I accidentally bought it twice, in bottle and can as I didn’t realise they were the same beer. Initially I was annoyed at my mistake but after tasting it I’m calling it a happy accident. 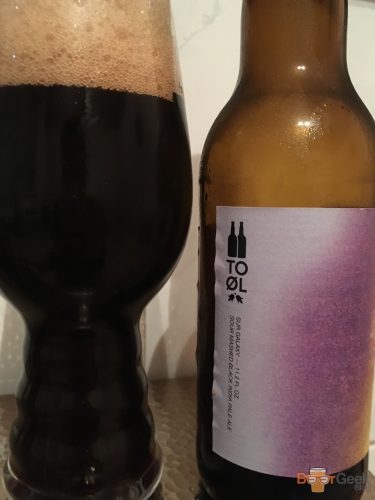 Some of Buxton’s stouts are (rightly) much hyped. While others seem to slip under the radar a bit.

Rain Shadow is one of those. It’s one of my favourite imperial stouts but for some reason doesn’t have anything like the profile of Yellow Belly.

The regular version is already fantastic. This special edition of ‘Single Barrel Rain Shadow’ is aged with cacao nibs and smoked jalapeños.

It’s big and boozy, you can feel the strength in this one. The flavour is rich and intense dark chocolate, subtle smokiness and a gentle chilli kick.

Brasserie des Franches-Montagnes or BFM are a small, acclaimed brewery from Jura, Switzerland.

I enjoyed the standard ‘√225 Saison’ at Friends Of Ham in Leeds earlier in the year. I assume this uses that same base beer. But the addition of grapes transforms it to something really special.

You get an acidic white wine and funky grape aroma. The taste is like unripe grapes, funky, zesty and mouth puckeringly sour.

It’s very dry and was just perfect with Cafe Beermoth’s rather good cheeseboards.

These posts only cover a small proportion of the beers I loved last month. Follow me on Untappd or Twitter for more info:

I don’t know if I was tired for the whole of August, but I seem ...