I don’t know if I was tired for the whole of August, but I seem to have drank a lot of coffee beers. And five of them have made this list of best beers I drank last month.

They’re all very different though, you’d never even guess one of them tasted of coffee by looking at it.

A collaboration between two very solid breweries and the first of the coffee quintet. A hoppy imperial stout brewed with fresh coffee.

It was quite an old bottle. So I was a bit worried I’d held on it too long. I hadn’t.

Although the hops faded a little, there was still plenty left. And it tasted absolutely amazing.

It’s quite sweet, with loads of chocolate before the coffee hits. But the hops add just enough bitterness to keep everything balanced. 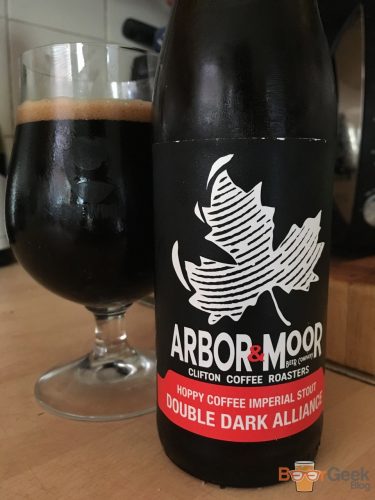 I first had this beer many years ago In fact, it was probably one of my first two DIPA loves, long before the recent trend.

Amazingly, it had been over two years since I last had it.

When I stumbled upon a super fresh bottle from ReAle in Twickenham I couldn’t resist buying it again.

It tasted every bit as good as I remembered. Very dry, with tons of flavour from the huge amount of hops – 80% more than the regular version, ‘HopWired IPA’.

Both New Zealand and American hops were used. Which gives a lovely combination of citrus, pine and grassy flavours. 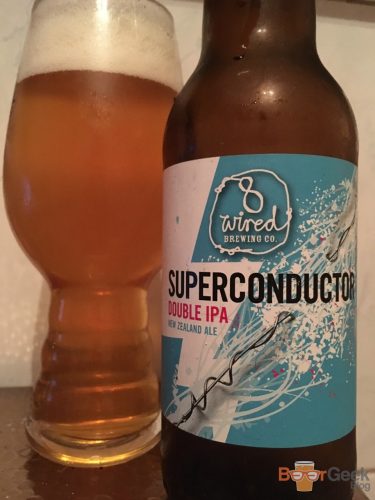 This was one of the most expensive bottles I’ve ever bought. There’s always a worry it won’t live up to the cost but thankfully this one did. And then some.

There’s a subtle aroma of whisky and fruit. It’s nicely sour with soft red fruits at the fore and lovely bourbon notes in the background. 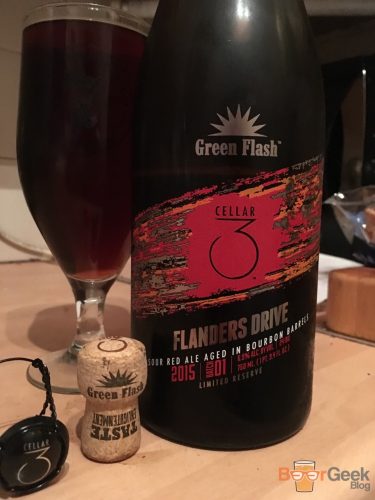 Another coffee beer and one that I loved at Copenhagen Beer Celebration (CBC).

They’re calling this one a ‘Triple Black IPA brewed with coffee’.

For me it’s a bit too sweet and syrupy for an IPA. It’s much closer to an imperial stout. But whatever it is, it’s delicious.

It is very sweet, almost too sweet but the hop bitterness just about brings it back. It’s pretty boozy, understandably, but you’d never guess that it was 14%.

Another beer I loved at CBC. A collaboration with those Swedish wizards Omnipollo.

The original version was a gorgeous lactose heavy peach IPA. After being left in chardonnay barrels with loads of Brett for a year it doesn’t taste like an IPA anymore. It tastes even better!

The peaches are far more prominent. It’s slightly sour with some vanilla and big white wine flavours at the end.

It was one of my best beers at CBC and this bottle was almost as good. Lucky really as I’ve got a couple more stashed away. 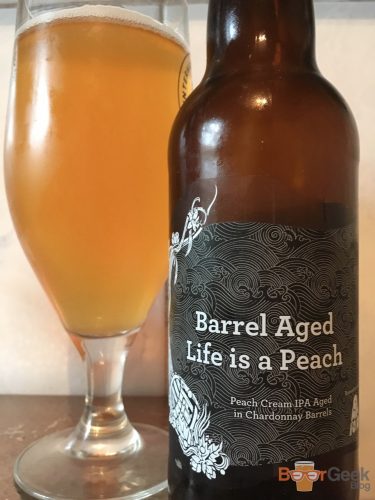 Here’s something you won’t see very often. A session IPA on this list.

It’s fair to say they’re one of my least favourite styles of beer.

It’s not that I’m against low ABVs per se. But rather against the lack of flavour that usually accompanies them. With Session IPAs in particular they generally just taste like weak IPAs. I’d rather drink half of a real IPA or a solid tasty pale of the same ABV.

That’s not a problem here though, as despite the modest ABV it packs flavour like a bigger, regular strength IPA.

It’s also probably the best grapefruit beer I’ve had since Ballast Point’s Grapefruit Sculpin. Many have an artificial flavour but this is like fresh grapefruit juice. Light, refreshing and full of flavour.

I had it on keg at the Draft House and liked it so much I bought a can later in the day which was almost as good.

I quite liked this beer the first time I had it from bottle. But I couldn’t get enough of it when I tried it on draft in August. I ended up having it three or four times from the same bar, which is unusual for me.

It’s another To Øl beer that’s pushing genres. Technically a ‘brown ale’ but looks as dark as a stout and tastes nothing like any brown ale I’ve ever had.

Packed with coffee, chocolate and milk it really tastes like a Mochaccino. Nutty, milky, sweet. Almost dessert like, with a great creamy body.

Another 8 Wired beer. This time a Black IPA spiked with Brett!

A really unusual beer with an intense, funky aroma.

There’s a roasted malt background with just a touch of chocolate. Then a dry, piney, funky finish from the hops and the Brett. 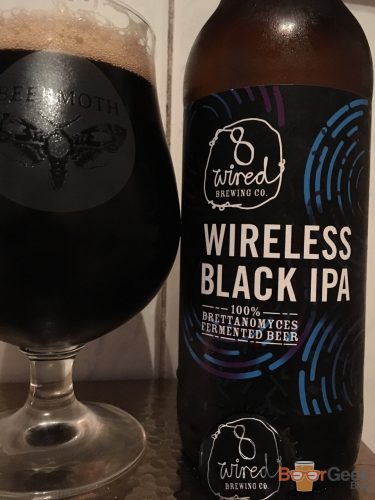 A dry hopped lambic aged in oak barrels is always going to excite me.

Particularly when it’s brewed by probably my two favourite breweries; Mikkeller and To Øl.

And even more so when the long list of hops include some of my all time favourites. Including: Citra, Centennial, Amarillo, Nelson Sauvin, Galaxy and Mandarina Bavaria,  amongst many others.

There’s a lot going on here but it somehow manages to bring it all together. You get the musty, earthy lambic with an acidic sour grape flavour. Then you get bags of flavour from the incredible hop profile; think citrus, pine, resin. It finishes with a soft wood flavour from the oak. 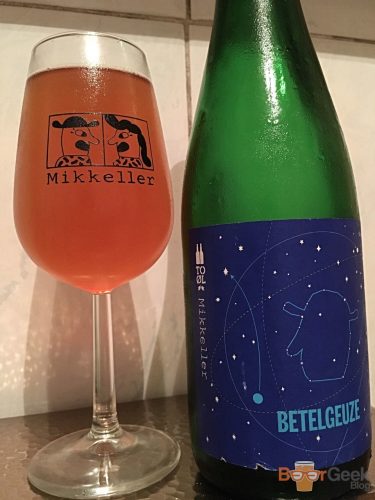 Yet another coffee beer but not as we know it.

This is one of those mind bending styes like ‘white stout’. It’s essentially a DIPA with coffee!

It shouldn’t work but it does.

Initially it has the smell of a traditional West Coast DIPA then a tiny bit of coffee comes through as well.

The taste is hoppy, piney and resinous but full on coffee at the same time.

Its similar to Mikkeller’s Koppi IPA but far better. The best thing I’ve had from Stone for a long time and almost certainly a beer of the year contender. 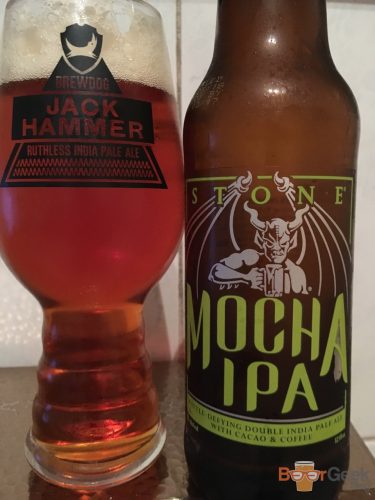 The BrewDog marketing department must be furious about this beer.

They’re quite similar beers in many ways, big, black and strong. Though On Fleek isn’t brewed with coffee.

It is similarly thick and rich though. Quite sweet, more chocolate than coffee with a burnt wood bitterness at the end.

Over to you BrewDog… 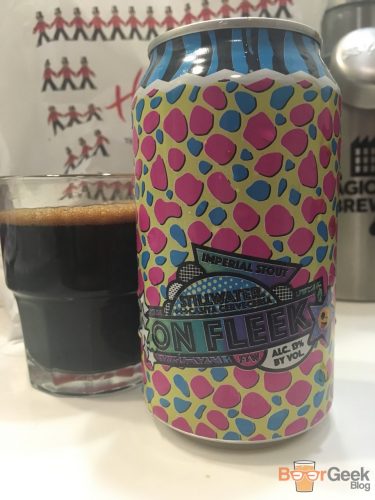 This is a very unique beer. In fact it’s quite close to not even being a beer.

It’s brewed with Riesling juice. While I don’t know exactly how it’s made I’m guessing there’s quite a lot of grape in there.

It would be easy to confuse it with white wine in a blind taste test. Firstly, there’s a big wine like aroma. Then the high carbonation gives it an almost Champagne like mouthfeel.

Finally, it tastes very much like white wine. Some sweetness but mostly sharp and acidic. It’s light and dry with floral notes, some peach, apple and of course grape. 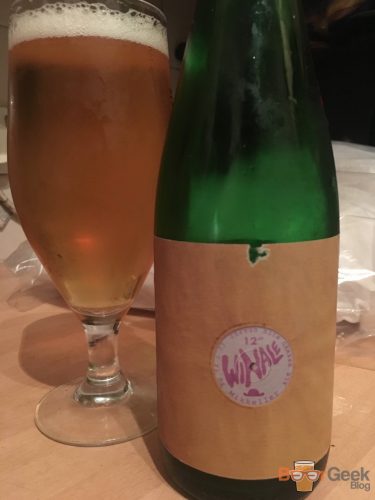 Who’d have thought that this month’s list would contain a session IPA and a cask beer?

Common Grounds by Magic Rock is one of those rare beers that is so much better from cask. Out of a can it tastes good but lacks body. On keg it’s always too cold and even if you let it warm it’s a little thin and doesn’t have the same mouthfeel.

But on cask, it’s just perfect. Thick, rich and creamy.

Seven different malts combine with seven types of coffee (added at three stages of the brew). They give so much depth of flavour. Of course it’s predominantly coffee but there is also a bit of chocolate and a touch of vanilla and hazelnut. 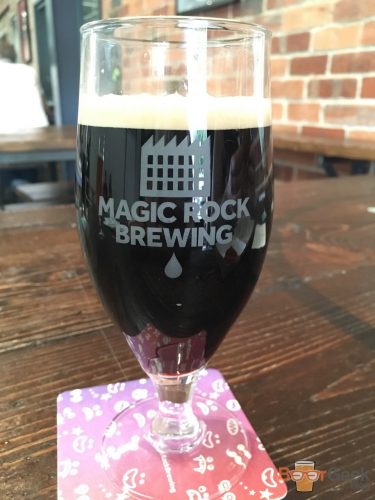