Browsing this months shortlist you’d think I didn’t go out much in July.

That wasn’t the case though. There were big trips to Liverpool and London as well as plenty of nights in Manchester. It just so happens that I drank some amazing beers at home and at a bottle share with friends.

I can’t get enough of Omnipollo at the moment and this is another stunner.

It pours a gorgeous milky red colour and has a huge aroma of raspberries, citrus and floral hops.

The taste is predominantly raspberries with some floral and citrusy notes.

Although this is a very good beer it probably wouldn’t have made the list had I drank it at home. But for me it’s often about the place and the experience as much as the beer itself.

I fancied a beer afterwards but wasn’t sold on any of the traditional cask stuff on offer. Not expecting much, I checked out the fridges and was pleasantly surprised to find this.

The result is a very smooth, slightly sweet stout. With coffee, chocolate and fruit flavours before the whisky takes over.

It’s good but I think the barrel ageing in quality whisky casks deserves a stronger base beer. I felt a couple of % higher ABV would improve it even more.

Still an unexpected yet lovely nightcap. 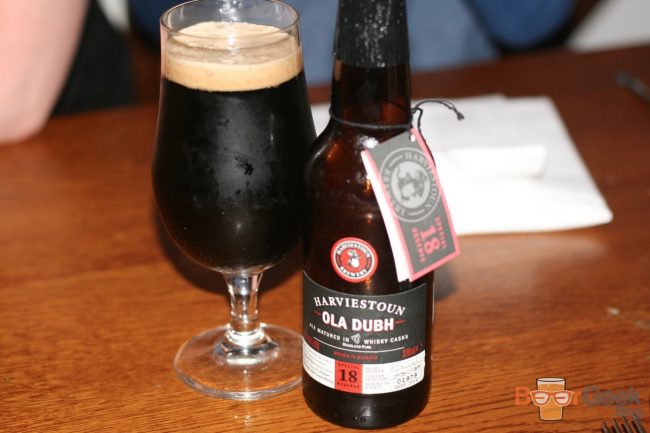 I’ve lost count of how many of Mikkeller’s Spontan range I’ve tried. But this is definitely one of my favourites.

I’m a big fan of Japanese citrus fruit yuzu but it doesn’t always work in beer. It certainly does here.

Sour but very drinkable. Citrusy, zesty, funky. Quite high carbonation, all in all a really classy drink.

I had it with a lemon drizzle cake which balanced the sourness perfectly. 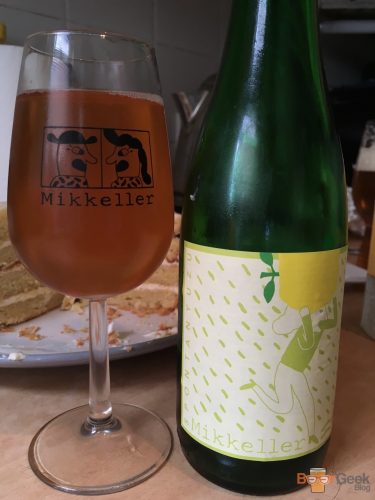 Actually, it’s more like a lambic than berlinerweisse for me. But who cares when it tastes so good! 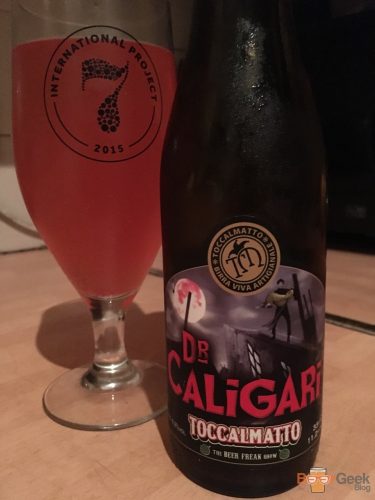 I’d been on an all day crawl around the best bars and pubs in Liverpool. But by far the best beer I had was on the train home.

Of course it wasn’t bought on the train. Rather from the BrewDog with BottleDog attached and located conveinitely close to the station.

I’m loving pretty much everything Almanac lately, especially their ‘Farm To Barrel’ range.

This is a bretted saison aged in white wine barrels.

It’s light and refreshing but full of flavour. Funky and sour. Spicy and oaky with loads of zest and tropical fruit. 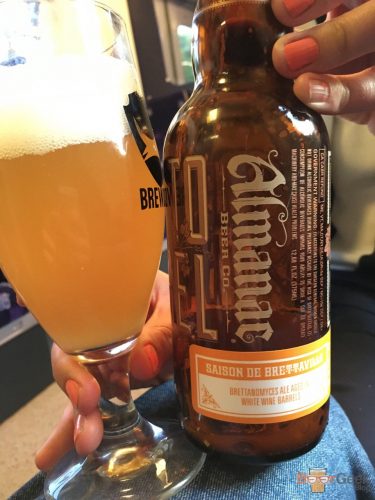 The next 4 beers all came from a bottle share with a few friends.

Rather than drink the beers in any sort of logical order based on flavour or ABV we simply picked them out at random. It was good fun and worked surprisingly well actually. 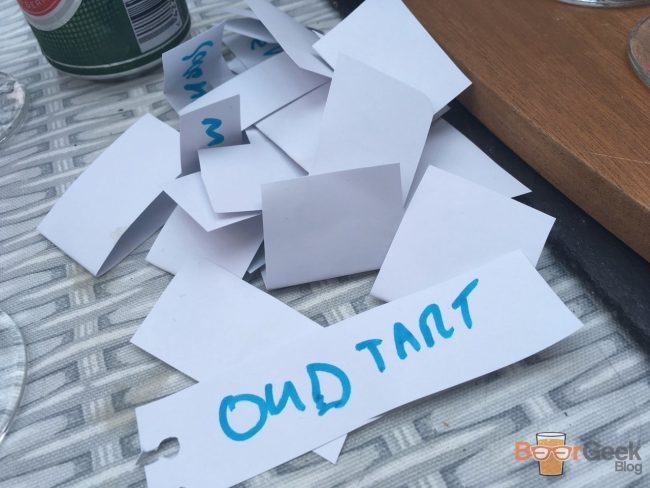 I wasn’t sure about this based purely on appearance. A sort of browny colour with a beige head. The aroma didn’t do much for me either but the taste, oh my god. 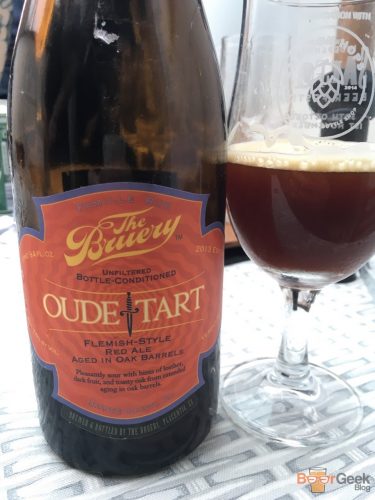 I’d been looking forward to this beer for a long time. Pretty much since I fell in love with Magic Rock’s quite similar ‘Pina Collision‘.

I’m not sure Odell’s is quite as good but I enjoyed it a lot.

The aroma is all pineapple. Flavor is more of the same. Sour with loads of pineapple and funky brett. 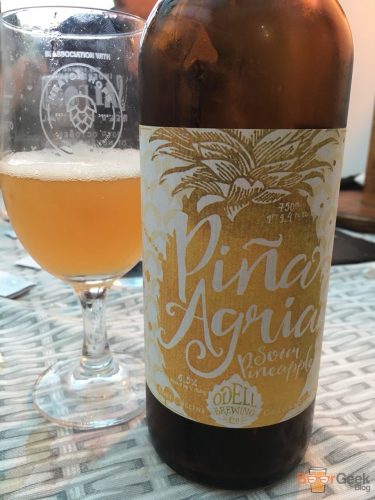 I’m not sure I’ve ever had a ‘Baltic Porter’ before. Google tells me they’re a “high alcohol, sweet, robust porter that originated in the Baltic states” .

That pretty much sums up this beer.

It poured deep black with a creamy, mocha like head. And had a huge aroma of espresso and tasted of smooth, sweet espresso. If you love coffee as much as I do you can’t not love this beer.

There’s lactose and brown sugar in there giving fantastic body. 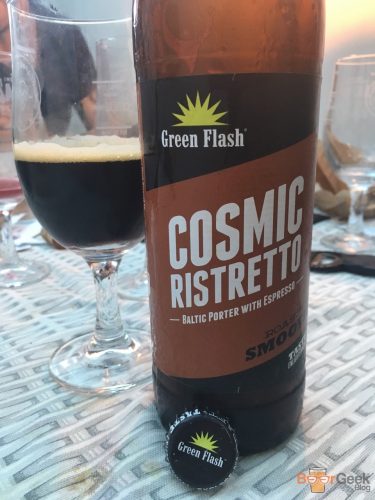 When I first started getting into craft beer I saw this popping up in all sorts of ‘best of’ lists.

And for good reason.

It’s silky smooth with really good body for a porter.

Roasty and malty with a hint of coffee and vanilla and quite subtle smokiness.

If I was being overly critical I’d maybe like a touch more smoke. But it really was very good regardless. 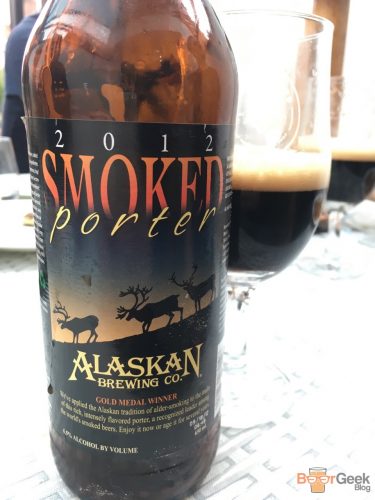 I drank this hoppy black barley wine so many times in 2015. Both whilst it was fresh and hoppy and then months later when the hops had started to fade.

I thought I’d seen the last of it but luckily stumbled upon a site in Germany selling them so I stocked up on a few more.

It’s a totally different beer to how it was a year ago but just as great in different ways. The hops have long gone but now it tastes like a big, rich imperial stout.

I’m going to leave the others for as long as possible.. I’m looking forward to seeing how they age. 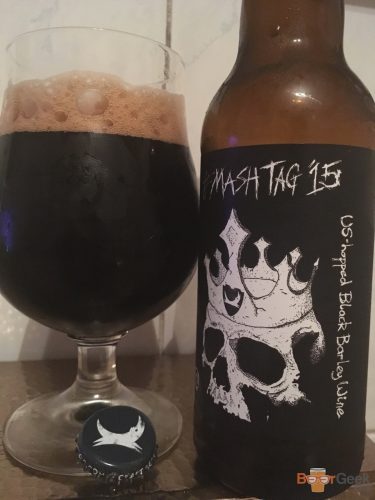 As a member of Mikkeller’s ‘Beer Club’ I receive an exciting box once a month.

I’d been considering quitting for a while actually. As it unfortunately gets more and more expensive each month. Mainly thanks to the terrible post-Brexit vote exchange rate. I just can’t bring myself to do it though, because along with the best new Mikkeller beers it also contains a few interesting guest beers. Usually things I’d never be able to get from anywhere else.

Like this collaboration between Mikkeller’s Copenhagen neighbours Amager and Fonta Flora Brewery from North Carolina. It had been bottled just 8 days before I received it.

Heavily hopped with – for me – the holy trinity of Amarillo, Simcoe and Citra. 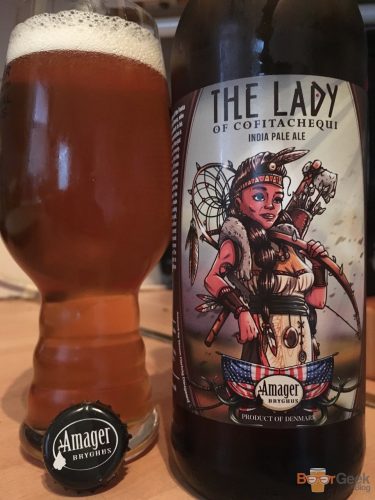 I’ve had a few beers lately that I prefer from can/bottle to draft and this is another of them.

I didn’t dislike the keg version but it certainly didn’t wow me.

This can, however, was brilliant.

A proper DIPA with a lovely resiny and piney aroma. With a sweet malt flavour combined with a strong resinous, piney bitterness. 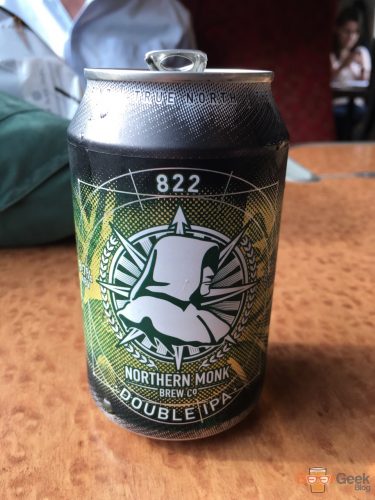 I first had this beer at Copenhagen Beer Celebration. I was worried it couldn’t possibly be as good a second time as it was in the head.

Luckily, I was wrong.  It’s another great collab with Buxton.

The aroma is sugar, chocolate and vanilla. Flavour is much of the same but adds peanuts, coffee and roasted malts to the mix. Sadly it didn’t come topped with soft serve ice cream like it did in Copenhagen though.

Although I generally try to keep these posts to beers I haven’t covered in previous months. I drank some pretty special ‘repeat’ beers in July.

I couldn’t resist including these. As although they’re fast becoming regulars, they’re more than worthy of a place on this list.

Rich and complex with an aroma of toffee and dried fruit. It’s one of those that tastes all of its ABV, but in a good way. Sweet and malty with some vanilla and oak.

Although I generally try to keep these posts to beers I haven’t covered in previous months. I drank some pretty special ‘repeat’ beers in July.

I couldn’t resist mentioning these that although they’re fast becoming regulars are more than worthy of a place on this list.