After the madness of the previous few months June was actually fairly sensible. Well, by recent standards anyway.

There were still lots of great beers drunk, of course. Most either at home or out in Manchester and a trip to Huddersfield.

Here’s the pick of them…

June was no exception.

Great Divide are a brewery from Denver, Colorado who I’ve liked for a while. They make some nice DIPAs and imperial stouts but this barley wine is probably the best of theirs that I’ve had.

Being an American style barley wine it’s typically hop-forward. I’m not always a fan of this but it works well here. Although it is verging on DIPA territory. The hops bring much more bitterness than is usual for the style.

There’s just enough of that distinctive sweet malty backbone to pull it off, though. 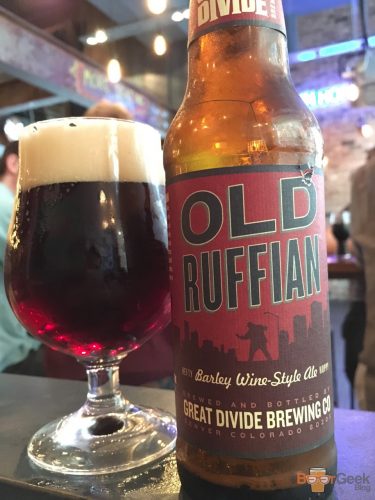 I wasn’t sure about this beer when I first had it last year but it’s grown on me since.

Flavour is hoppy and floral with more sweet honey but then a slightly bitter finish.

It’s a genuinely unique beer that I appreciate more each time I drink it.

Despite being in a few supermarkets and turning out some relatively cheap beers, I’m a huge fan of Wild Beer Co.

Their core range is great but it’s the more interesting, experimental stuff where they excel.

‘The Blend’ is inspired by Belgian Geuze-style beers. They’ve blended together a variety of their sour beers that have been ageing for over 3 years.

Each was fermented with different wild yeasts and aged for different amounts of time. The resulting beer is being released as a series throughout the year.

There was ‘Summer’ late last year followed by ‘Winter’. I liked the first version but this is better still.

It’s fruity and tart with so much depth of flavour. I can’t pinpoint the specific beers or barrels used. But there’s so much going on it’s almost overwhelming. Yet somehow they all meld together into a fantastic complex yet drinkable beer.

I’ve been a big Chorlton fanboy for a long time. There’s nobody in the UK making better sour beers at the moment.

‘Dark Matter’ was their second brew. I first had it early last year and it’s remained one of my favourites ever since. A lovely ‘black gose’, sour, salty and full of roasted coffee.

Last month I decided to do a side by side taste test. Whilst the original is still a great beer, ‘Wild Black Gose’ was the clear winner.

You get those same great roasted malt flavours but with loads more sourness and funk. 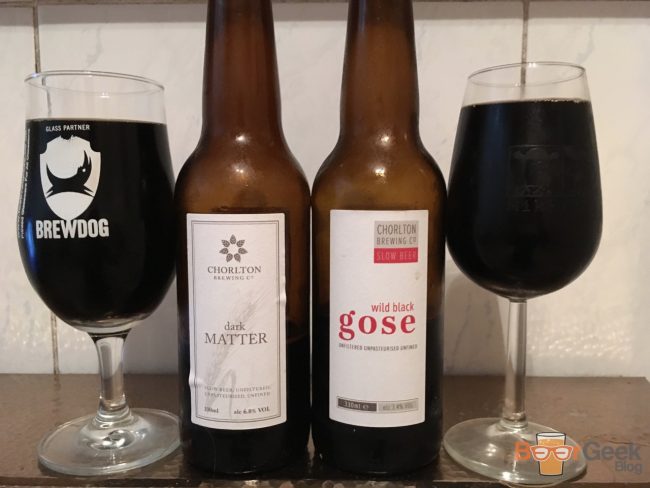 I like ‘Bloody ‘Ell’, Beavertown’s blood orange IPA but not as much as everybody else seems to.

I’m a huge fan of American brewery Boneyard though. Several of their IPAs were amongst my favourites at Copenhagen CBC (review coming soon).

So I was pretty hyped when I heard about Bloody Notorious. A blend of ‘Bloody ‘Ell’ and Boneyard’s stunning ‘Notorious’ triple IPA.

Like ‘Bloody ‘Ell’ the blood orange is quite subtle but it more than makes up for it with a massive hop profile. Tons of Citra, Mosaic and Amarillo make it the very definition of a juicy banger.

It massively belies its ABV. It’s so fresh, juicy and easy to drink it could get you into some serious trouble. 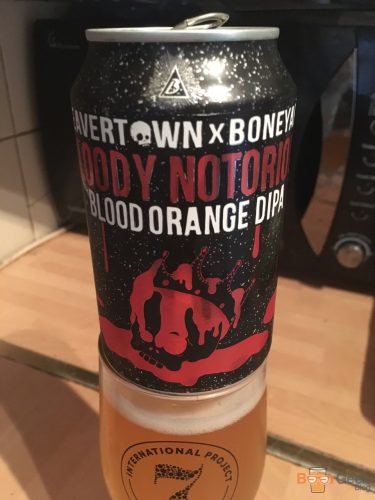 I had it first on tap at Cloudwater’s brewery where it tasted out of this world. Just incredibly fresh and aromatic.

A fruity aroma of mango, pineapple and passion fruit with a hint of something even more exotic.

Taste wise it’s super fruity but has a refreshing bitterness as well. The abundance of hops are supported by a bready malt backbone.

It doesn’t taste anything like 8.3%. And for me is better than the recent much hyped DIPAs from Cloudwater.

I’ve had a couple of bottles since which are almost as good. It’s just a shame it’ll probably never be brewed again. 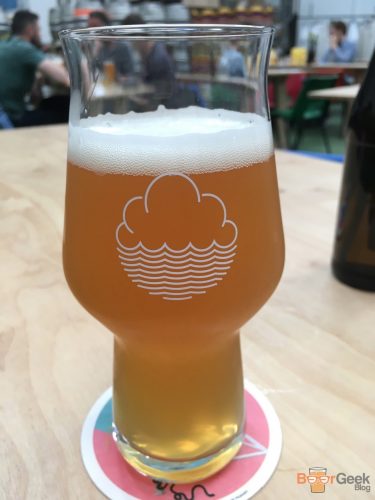 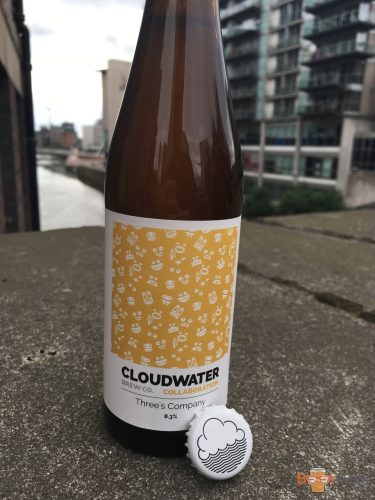 Smoked beers are a bit of an acquired taste. One that I acquired quite late but now I can’t get enough of.

There are few better than this one.

A gorgeous smokey aroma is matched by a rich, meaty and smokey taste. Think liquid bacon with a light, hoppy bitterness.

It pairs brilliantly with all sorts of foods. I’ve enjoyed it with ribs and steak before, it worked pretty well with my firey burger at BrewDog too.

I think Tempest are one of the most underrated UK breweries around.

They quietly turn out a huge range of beers across a number of styles. And they’re almost always excellent.

‘Longer White Cloud’, an imperial version of their flagship New Zealand pale, is another hit.

Made with the same variety of New Zealand hops: Motueka, Waimea, Nelson Sauvin, and Kohatu. Giving a soft fruity aroma and a zesty, slightly grassy taste with a dry finish.

Ridiculously light and drinkable for 10.2%. 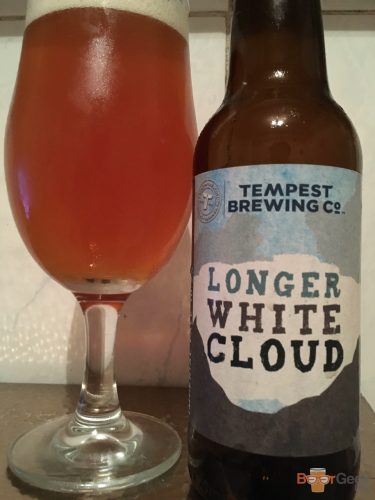 I decided long ago that AleSmith’s ‘Speedway Stout’ is my favourite imperial stout.

Now I just need to figure out which version I prefer.

On paper it shouldn’t be this one. Yes it has renowned Ka’u coffee. But it also has vanilla which I often don’t like in beer and coconut which I almost always hate.

It works perfectly though.

Just as rich and chocolatey as the original but with an even more pronounced coffee flavour. The vanilla and coconut is very mild and actually adds a lovely sweetness. There’s a subtle nuttiness going on as well.

The best thing about Speedway, no matter which version, is the body and mouthfeel. It’s incredibly rich and luxurious.

You see a surprising number of Põhjala beers around.

I say surprising, not because they don’t deserve to be. I just didn’t expect an Estonian brewery to have such an impact on an already saturated market.

I glad they have though as they’re making some great beers, this one in particular.

I’ve not had the original version of ‘Must Kuld’, it sounds like a very nice porter. This version is the same recipe but brewed with 17g/L of Kenyan Tegu AA Coffee by Rocket Bean Roastery.

The result is a huge coffee filled delight. It smells of coffee, it tastes of coffee. It’s rich, smooth and has incredible mouthfeel for sub 8%. Feels much more like an imperial stout than a porter. 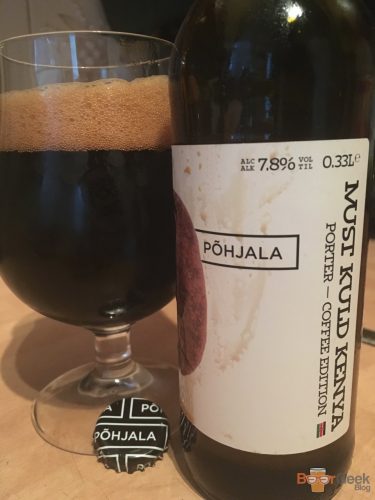 I’m a bit of a sucker for rye, be it in bread, whisky or beer.

I’ve enjoyed plenty of rye IPAs lately but this is my first rye DIPA I think.

And it’s lovely. Full bodied, quite complex and big on the rye. But balanced with some pine and citrus notes.

I can’t help but get excited when I find a beer on tap that I’ve previously only had from bottle.

When I first had it a couple of years ago 9.3% was a pretty big thing. It’s not as shocking these days (according to Untappd I recently had my 240th with an ABV of 10% or over) but it tasted even better than I remember.

Quite dry with a sweet caramel malt profile and a hell of a lot of hops. Some orange, lots of citrus, pine and a lingering bitterness.

Previous The Best Beers I Drank In… MAY 2016
Next Cantillon Quintessence 2016, Brussels