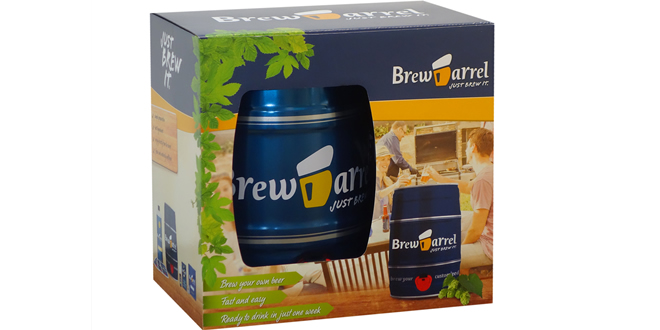 You might have noticed the ‘Homebrewing‘ tab in the menu bar up there?

Well, if you’ve ever clicked it you’ll have seen its said ‘Coming soon.’ for the entire lifetime of this blog.

I fully intended to start brewing a couple of years ago you see. I still do, in fact. I have half the equipment ready and waiting in my shed. But it’s just one of those things I’ve never quite got around to doing.

I was recently approached by a German startup called BrewBarrel. They’ve been producing home brew kits for the German market for the past three years. Now they’re launching in the UK with a range of new beer styles. They asked me if I’d like to try it out.

You can order BrewBarrels kits for popular styles such as Pilsner, Pale or IPA.

Or, you can create your own customised beer on their website. Apparently there are 100,000 combinations available!

I went for a ‘Pale Ale’. Then, having to choose between Mild, Standard or Bitter hops, I opted for the latter. I almost left it there to keep it simple but there are a number of additional ‘flavours’ that can be added to the brew. I couldn’t resist adding ‘Grapefruit’ and ‘Cascade’ aroma hops.

The box arrived a few days later with all the ingredients and equipment required. 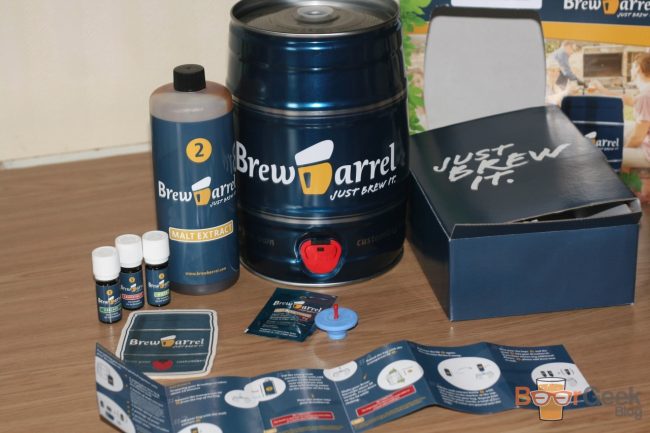 Brewing really is as quick and easy as they say. With just a few simple steps.

First, add the malt extract to the keg. 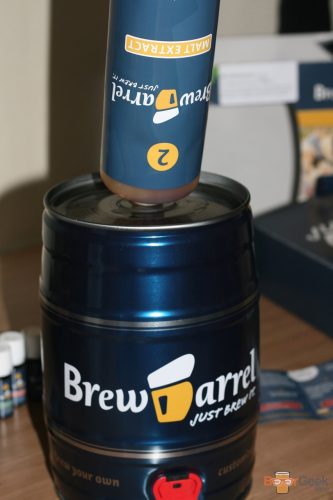 Then a few litres of water.

Cleverly, this is done by simply filling the empty malt extract bottle with cold and then hot water. So no need for any extra equipment whilst also ensuring the right volume and temperature.

After the water it’s time to add the yeast and hops. They come in sachets and bottles, the hops in the form of hop oil extract. I had three bottles; the bittering hops, the additional Cascade aroma hops and the ‘grapefruit’. 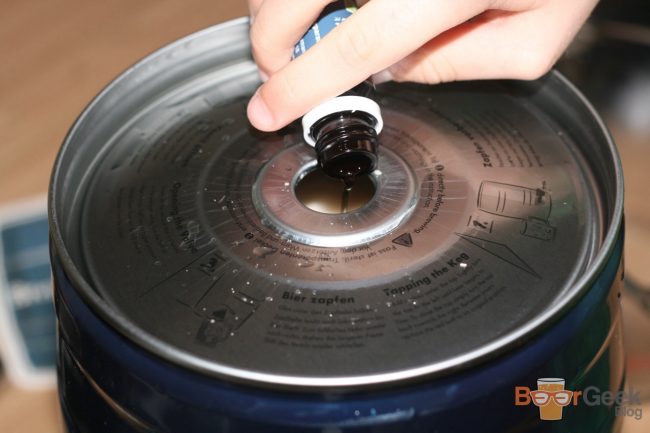 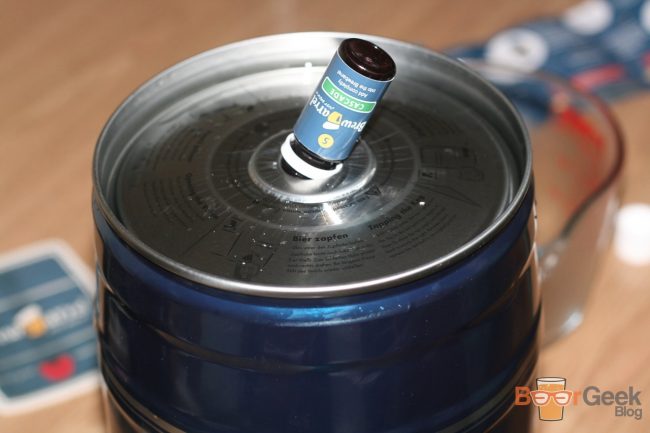 All that remained was to pop the lid back on and shake for 30 seconds.

Before leaving to ferment for five days at room temperature and then a further two days in the fridge to naturally filter the beer.

It was an exciting day when it was ready to be tasted. Although I made a bit of a mess when I tried to tap the keg, at least it looked and smelled like real beer! 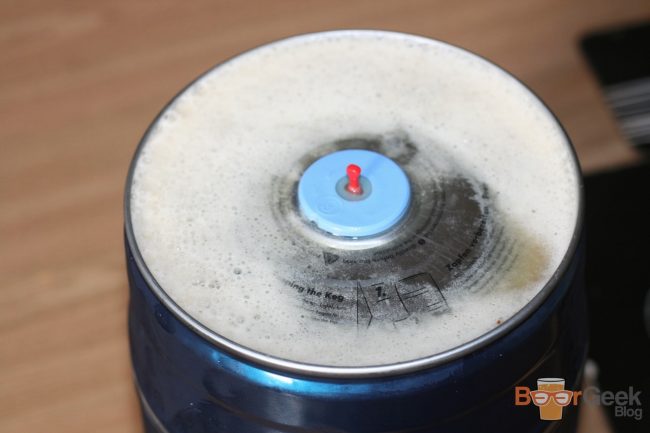 Pouring was quite hard work as it was very over carbonated.

When I finally got a glass (well, half anyway) it looked pretty murky. Not cloudy as such but a solid colour, with no opaqueness at all.

That didn’t really bother me, though. What did was the sweetness.

I was surprised at how sweet it was given I’d gone for the ‘Bitter’ hops. I suspect it may have come from the grapefruit essence though and wish I’d chosen to leave it out now.

Also, despite seeming over carbonated when pouring (and the large head you can see in the photo) it tasted a little flat too. 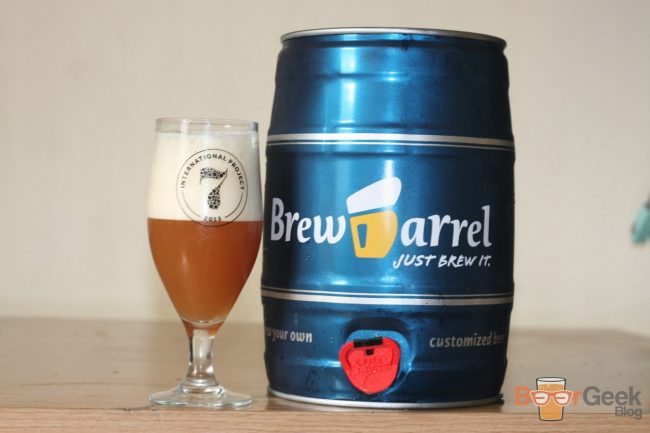 But overall, I really enjoyed the experience.

I know it’s not quite real brewing. It’s intentionally made to be as easy as possible. Presumably for people like me who wanted to start but have never actually bothered to brew before.

The end result wasn’t quite as good as I hoped. But I’m fairly certain I’d have preferred it without the grapefruit flavour.To be fair, given how quick and easy it is and the fact that you don’t need any expensive equipment or make any mess, the beer is actually fairly impressive. I’d definitely be interested in trying a couple of different styles.

And, although the beer wasn’t amazing it was still better than many I’ve paid good money for. I happily finished off the keg over a couple of days.

Disclaimer: I received this BrewBarrel for review purposes.