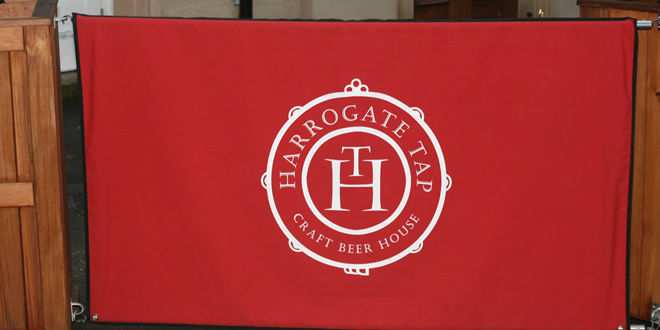 When I planned a trip to fine-dining restaurant Van Zeller in Harrogate I initially intended to drive. But upon realising there’s a ‘Tap’ in the train station it was no longer an option.

As a huge fan of both Euston and Sheffield Tap it was the obvious place to start the weekend. 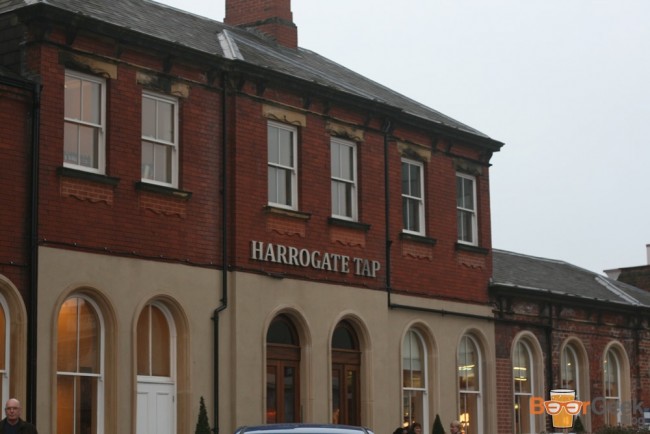 I knew it was a wise decision form the moment I walked through the door.

Unlike some other ‘Taps’ it’s actually part of the historic 1862 built train station, apparently the first building in Harrogate to be made of brick.

There’s a fairly traditional look and feel but with a little extra touch of class. You can immediately feel the history and character of the place. 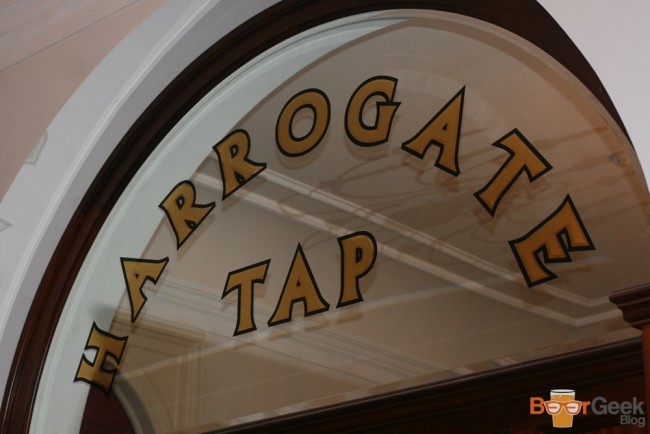 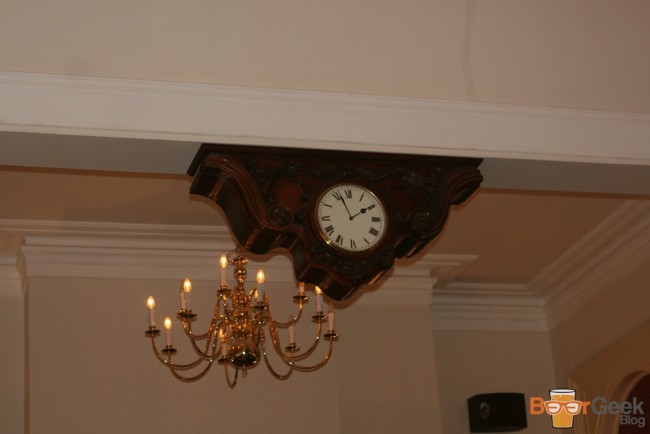 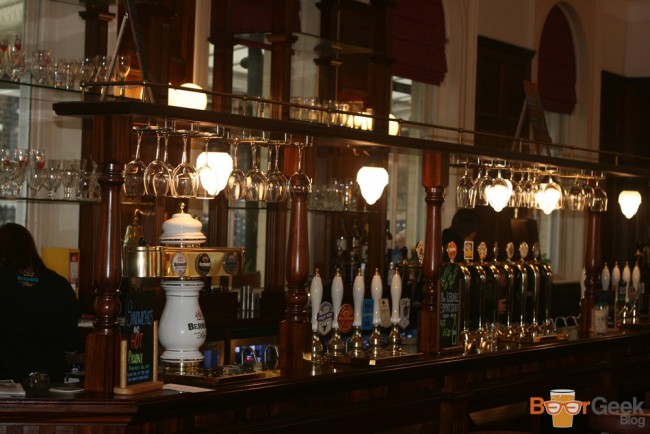 But for me it doesn’t matter how much character and charm a place has, it has to have beers good enough to match. And Harrogate Tap certainly did. 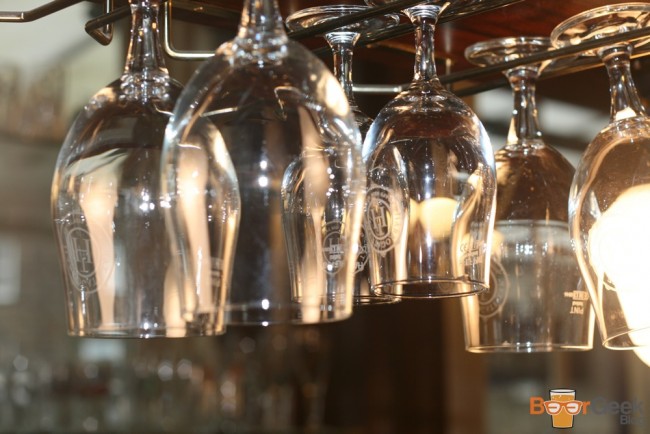 The cask selection was decent enough; we enjoyed beers from the likes of Blackjack, Thornbridge and Hawkshead.

But the range of keg beers on at the time was unbelievably good. 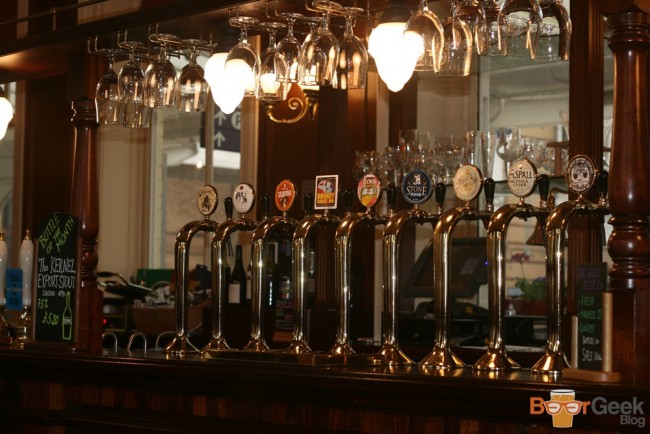 We made our way through a very decent wheat beer (Maisel’s Weisse), a quality US IPA (Bouncy House by Smuttynose) and Stone’s Smoked Porter. Before arriving at possibly two of the best beers I drank that year. 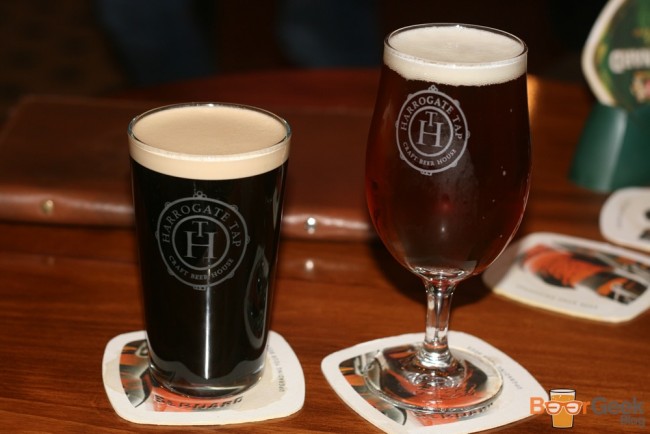 Firstly a collaboration between BrewDog and Ilkley Brewery. The latter I’ve always found solid but unspectacular.

I can only imagine that the BrewDog influence played a part here because the beer, ‘Westwood Stout’, was stunning. Mind blowing in fact.

It’s a ‘White chocolate stout’. It looked like an IPA, it smelled distinctly of white chocolate yet tasted like a smooth, sweet stout. With tons of roasted malt flavour despite it’s light colour and then a big white chocolate hit at the end.

So clever, so unusual and so good I went back for another the next day.

I’m a massive fan of their regular IPA but even that didn’t prepare me for how amazing this beer was.

There was that classic balance of sweet malts, tropical and floral hops and a big bitter finish that you only really find in quality American IPAs. 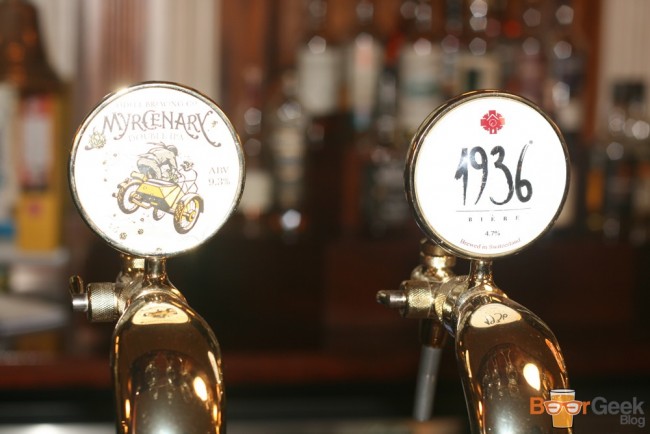 Not only did Harrogate Tap more than live up to my high expectations but I’d go as far as saying it’s my favourite of the three. I still love Sheffield Tap and the selection at Euston is always excellent but there was just something about Harrogate Tap that did it for me.

Of course since my trip to Harrogate we now have Piccadilly Tap in Manchester too. Whilst I’m grateful to have decent beer options near Piccadilly station it’s sadly not in the same league as the aforementioned three, particularly Harrogate.

Previous dubfest 2015: Introducing ‘drink up brewing’
Next The Best Beers I Drank In… AUGUST 2015